Natural risks and their impact 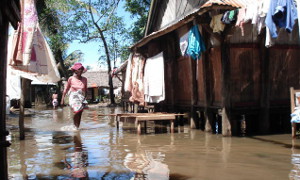 Worldwide every year millions of people are affected by droughts, flooding, landslides, cyclones, earthquakes, tsunamis and other environmental hazards.

The likelihood of natural disasters is closely related to the process of human development. Poverty and inequality generate ever-greater pressure on the environment, and people’s poverty increases their vulnerability to natural disasters. Weakened governments, inadequate planning policies, a lack of regulations, a rapidly growing population, environmental degradation, and a lack of preparedness measures are all factors that increase populations’ vulnerability and exacerbate the impact of disasters.

Natural disasters in the Indian Ocean

Therefore the region’s countries, and first and foremost its developing countries, are particularly vulnerable to natural risks whose occurrence and intensity in the region are on the increase.

In response, national disaster risk management (DRM) organisations – who have a mandate to coordinate actions during and after a disaster – have strengthened their capacities in recent years, helped by PIROI. 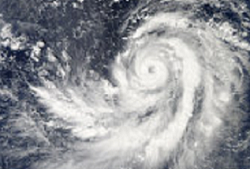 A spiralling meteorological phenomenon characterised by a huge cloud mass, combined with low atmospheric pressure, and accompanied by heavy rains, high winds and extremely strong sea swells. Madagascar, Mauritius, Rodrigues and Reunion are the islands most affected as their coastlines are directly exposed to such phenomena. 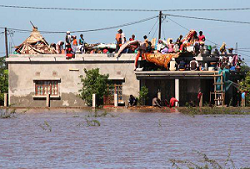 Fast or slow submersion of an area usually above water. This risk is especially common in Tanzania, Mozambique, Madagascar and the Comoros where the impact is widespread on people living in flood-prone areas. 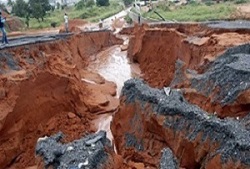 Movements of soil and subsoil, due to slow dissolution or erosion processes furthered by human or water action. 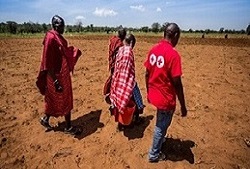 Soil and/or environmental condition (normal or temporary) corresponding to a lack of water, persisting long enough for it to have an impact on natural and cultivated flora. This is a recurring risk in the area. 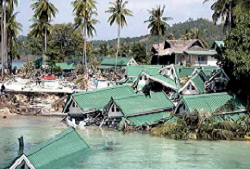 The displacement of a large body of water caused by a sudden movement of the ocean floor. Earthquakes, volcanic eruptions or the impact of weather may cause tsunamis. Water can spread hundreds of metres inland if the terrain is favourable. 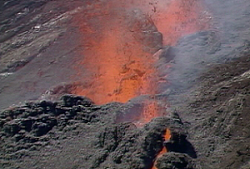 Eruptions happen when magma rises to the surface. The issues for the region’s two active volcanoes, La Fournaise on Reunion and Karthala on the Comoros, are different. In Reunion, the local population is protected by a horseshoe-shaped caldera (L’Enclos), while in the Comoros the population is greatly exposed, making a volcanic eruption a major risk.