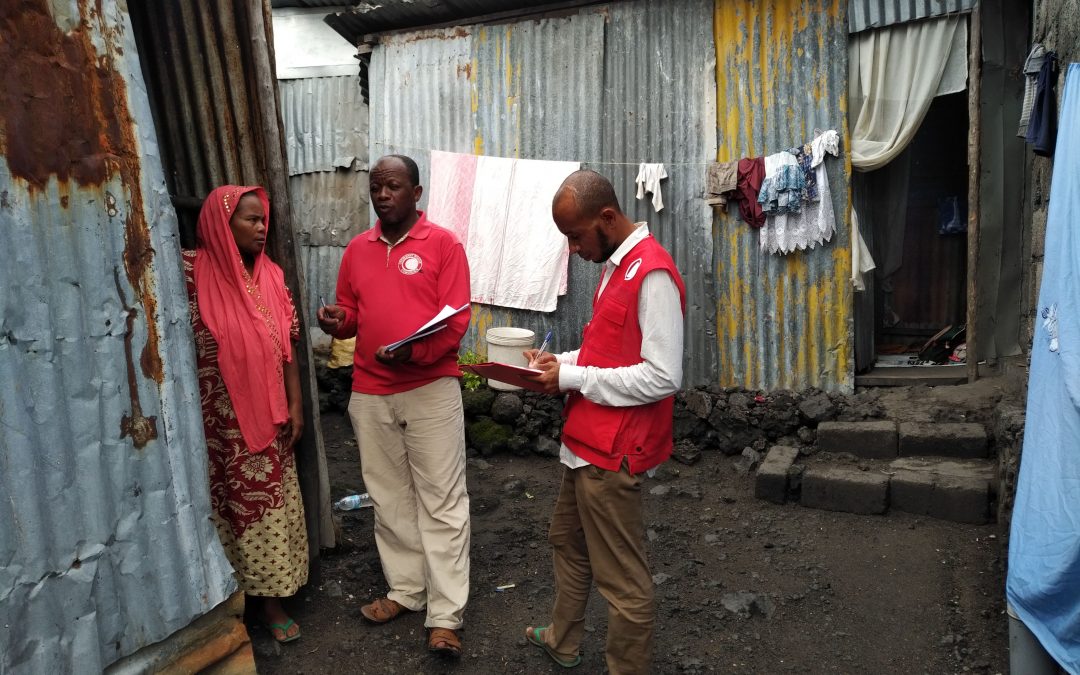 On the night of Wednesday 24 to Thursday 25 April 2019, tropical cyclone Kenneth swept past the Comoros archipelago, mainly affecting the island of Grande Comore and to a lesser extent the neighbouring islands of Anjouan and Mohéli.

Given the large number of people affected (at least 7 deaths, almost 200 casualties, and more than 41,000 people affected) the French Red Cross, through PIROI, provided technical and logistical support to the Comoros Red Crescent in order to assist in the response.

Interview with Maude, Head of Distribution Operations in the Comoros for the first month of the operation: 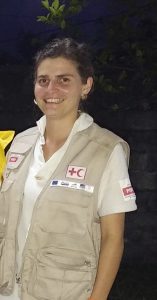 What were the population’s needs after the cyclone?

Their main needs were housing, food, access to drinking water and electricity (power was down for several days in some areas).

What did your work as Head of Distribution Operations involve?

First of all my role was to make sure the operation was properly conducted in the field. I had to ensure that we kept any commitments made to the local population and our donors.

I was also in charge of coordinating volunteer activities, preparing the logistics and human resources needed for distributions in the field.

Lastly, I had to ensure that each beneficiary identified as vulnerable received their supplies properly.

Can you explain how distribution works?

Distribution always takes place over two days. The first day is spent identifying beneficiaries, and the kits are handed out on the second day.

Beneficiaries are selected the day before distribution according to certain criteria, we then give them a voucher and let them know what time the distribution will take place.

The next day trucks transport the kits to the distribution point. Once a stand has been set up, beneficiaries show their ticket at a checkpoint and are received by order of priority (pregnant women and the elderly first). Next, the head of the household signs their name on the register before being given the kit.

Efficient distribution is ensured by volunteers with predefined roles: security, logistics, reception, kit distribution, and observation (aimed at improving the distribution process as it happens).

What type of supplies were you distributing?

PIROI provided emergency shelter kits (consisting of a saw, machete, hammer, screws, rope, binding wire, etc.) which allowed families to start rebuilding their homes the day after distribution. This equipment is really only for small-scale rebuilding work, but it helps a lot. However even now there are still displaced families without shelter.

In addition, the jerrycans distributed by PIROI enabled them to have drinking water and so avoid epidemics spreading. The Red Crescent was in charge of food distribution, via the World Food Programme (WFP).

Vector-borne diseases such as dengue also needed to be prevented, which is why PIROI distributed mosquito nets to affected communities.The contents of each package were adapted to the area where it was distributed. Each kit included 1 kitchen set and 2 bars of soap. The rest of the kit was tailored for each region: in the North and West there were also 2 tarpaulins, 2 mosquito nets, 1 jerrycan, 1 bucket, 1 emergency shelter kit and a portable solar-powered lamp (which proved very useful where power

was down). Inhabitants of the South and East were given 1 mattress, 1 stove, 1 oil lamp, and 2 mats in addition to the basic kit. Help to install and fix sheet metal is planned in the coming weeks.

Where do the supplies come from?

Most of the supplies come from PIROI’s contingency stocks pre-positioned in the region, and PIROI’s warehouses in Comoros, Mayotte and Reunion were mobilised for this operation. However some items were purchased locally.

The operation was possible thanks to logistical support from the French Armed Forces of the Southern Indian Ocean (FAZSOI), and financial support from the European Union (DG ECHO), USAID, the Departmental Council of Reunion Island, and Reunion’s municipalities of Le Tampon and Saint-Denis.

How many distributions were organised, and where did they take place?

Can you give us an idea of the number of beneficiaries?

How many people were mobilised for the operation?

In total 120 volunteers were involved in distributions. Two employees were working in the field: the Logistics Officer Abdou Mohamed El Arif, and myself. But all Red Crescent employees participated in distributions by being involved at various levels, depending on their responsibilities and duties.

What was the main difficulty encountered during distributions?

That’s a tough question, especially as I don’t have a lot of hindsight because I’ve just finished my assignment. I think the biggest difficulty is in reducing people’s sense of injustice. We have to be able to inform non-recipients of our selection criteria, and get the message across that we don’t have enough stocks to cover all the needs of all Comorians.

What are the challenges the Comorian population will face during the coming weeks and months?

Firstly, the food sector needs to be strengthened: agriculture was severely affected, and livestock farming isn’t very well developed in the Union of the Comoros.

Secondly, long-term risk and disaster management projects need to be carried out. It’s essential to raise public awareness about the region’s natural risks, and to build homes that are more weather-resistant*.

*Information: The French Red Cross, in partnership with the INTERREG V programme (European Union), French Development Agency (AFD), Departmental Council of Mayotte and the Mayotte Regional Cooperation Fund, will implement from July 2019 onwards a regional disaster risk management project in Mayotte and the Union of the Comoros. As part of this three-year project, Red Cross and Red Crescent teams will help strengthen the resilience of local communities in the Comoros by raising awareness about disaster preparedness.