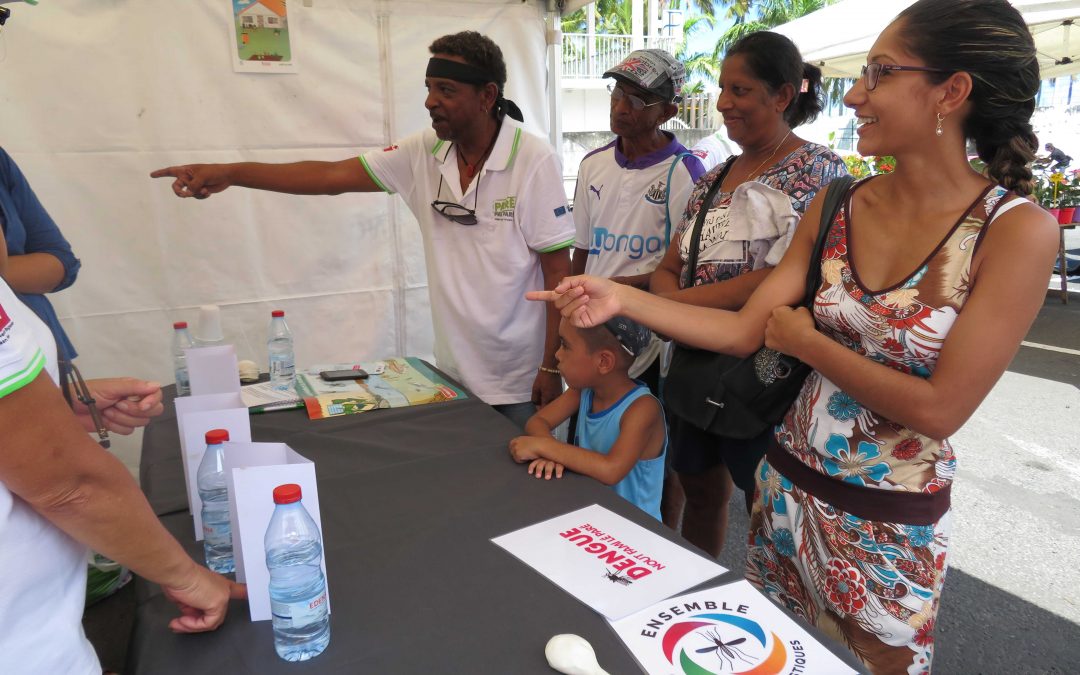 Against the backdrop of a dengue epidemic posing a threat to the entire island of Reunion, the Paré pas Paré project team decided to broaden its scope by setting up public awareness stands to involve the local population in mosquito control.

On Wednesday, 6 February 2019, French Red Cross/PIROI volunteers ran a stand at the market of Saint Louis, one of the neighbourhoods most affected by the dengue epidemic.

There, PIROI facilitators helped market-goers better understand the impact of dengue fever, and showed how to protect oneself. Both young and old enjoyed playing the ‘Buzz la dengue’ strategy game, either taking the role of a human or a mosquito. Stand facilitators also answered questions as well as handing out prevention information.

More than 150 people were informed of individual and collective ways to fight the epidemic.

This event marked the start of a new awareness-raising project Contre la Dengue, nout kartié lé paré (‘Our community is ready to fight dengue’), a programme made possible thanks to financial support from Reunion Island Prefecture.

As a result, over the next 6 months fun and innovative outreach activities will be organised for the general public at any events attended by large numbers of people in the most affected areas.