Cyclone Gombe In Mozambique: PIROI Launches Its Response From Mayotte 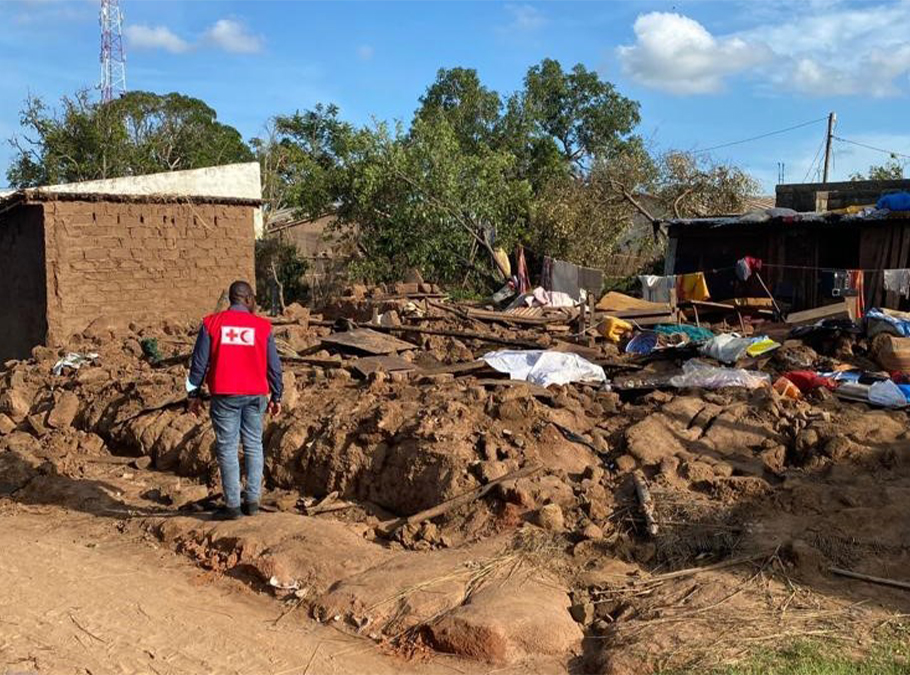 Intense Tropical Cyclone Gombe mainly impacted Nampula – the most populated province on the Mozambique Channel coast – as well as the neighbouring province of Zambezia. Winds near the coast were estimated at 165 km/h, with maximum gusts reaching up to 230 km/h, and were accompanied by torrential rainfall (over 200 mm in 24 hours), cyclonic swell, and coastal flooding. According to the March 29 bulletin from the Mozambique National Disaster Management Institute (INGD), upwards of 736,000 people were affected, 85% of whom live in Nampula Province. 63 people died, and 78,000 houses were destroyed. It is worth noting that in 2019 Mozambique had already been severely impacted by Cyclones Idai and Kenneth – which caused 645 deaths and affected in excess of 1.85 million people – and just recently in January 2021 by Tropical Storm Ana which killed 38 people, and displaced more than 185,000.

Mozambique Red Cross (CVM) staff and volunteers were mobilised implementing early warning systems before Cyclone Gombe made landfall. Working in coordination with the IFRC, they are currently continuing their efforts responding to the needs of vulnerable communities for emergency shelter, basic needs, cash assistance, and healthcare, as well as water, sanitation and hygiene. To support ongoing efforts, PIROI has activated its emergency response system from the delegation’s contingency warehouse in Mayotte. 23 tonnes of humanitarian supplies, including housing reconstruction kits, tarpaulins, buckets, and jerrycans were shipped to Nacala, and will be distributed by CVM to help 5,000 people recover from the disaster. 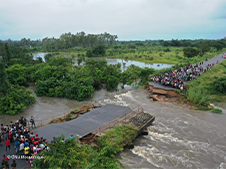 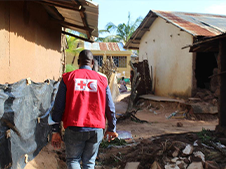 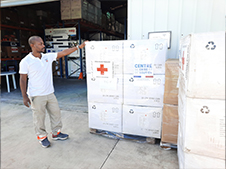 This operation was facilitated by the French Embassy in Mozambique, and received financial support from the Crisis and Support Centre (CDCS) of the French Ministry of Foreign and European Affairs (MEAE).