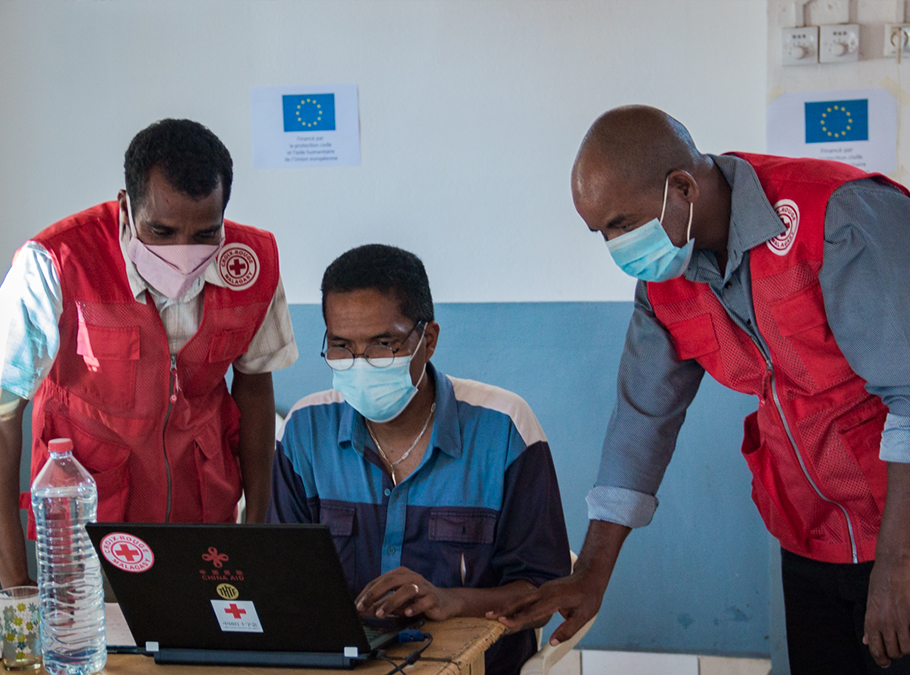 What is contingency planning?

Contingency planning is a structured, multi-step method of preparing an organisation to respond adequately to an emergency and its potential humanitarian impact. The development of a contingency plan defines the role of each stakeholder in a disaster or crisis situation to ensure better coordination internally, as well as with the authorities and other partners, including defining communication procedures and a framework for action.

Within the framework of the Indian Ocean Local Logistics Preparedness project – implemented by the NS and PIROI at the level of the Melaky and Atsinanana (Madagascar), Rodrigues (Mauritius) and Anjouan and Mohéli (Union of the Comoros) branches – contingency planning workshops have been organised over the last period. The Melaky and Atsinanana branches now have a contingency plan to strengthen their operational response framework in the event of a cyclone. Following the working sessions that took place within the Mohéli and Anjouan branches, the finalisation of the flood contingency plans is underway. For the Rodrigues branch, the work of updating the existing cyclone contingency plan will be carried out in early 2022.

The participants in these workshops – volunteers and employees of the NS, civil protection actors and risk management partners – have developed operational plans for early action and response according to the human and material resources available. This work, carried out upstream of an emergency situation, will enable the branches of the NS to ensure better management of rescue operations in order to fulfil their role as auxiliaries to the public authorities.

These workshops were carried out with the financial support of the European Union’s Humanitarian Aid.