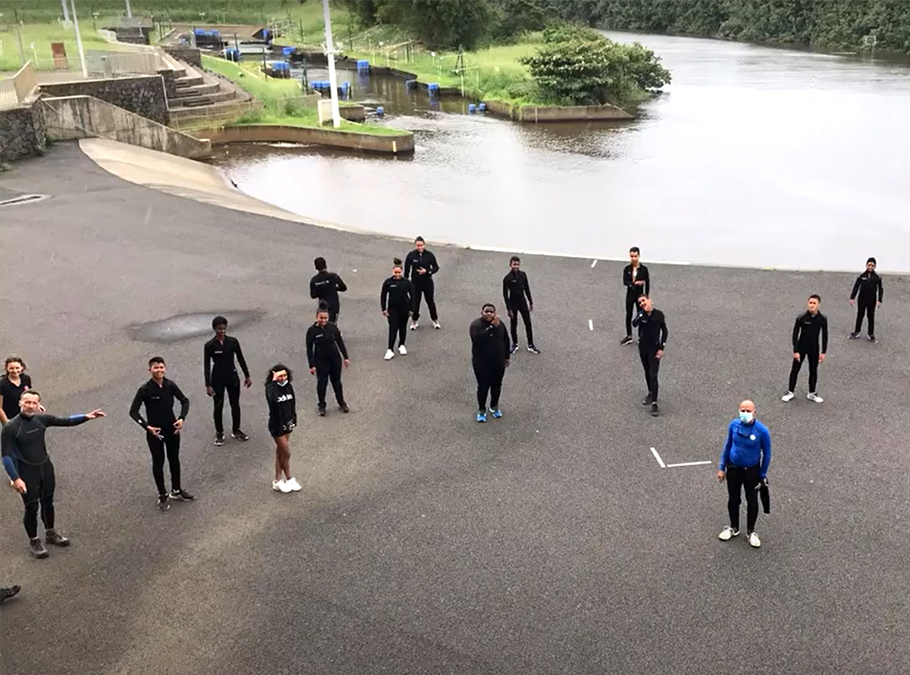 Since 2017 and as part of the Inondation, nout kartié lé paré flood risk outreach project, implemented with the island’s municipalities and inter-municipalities as well as the Regional Board of Education, PIROI has been raising awareness with those in Reunion who are most vulnerable to flooding. Aimed at sensitising and informing young people, an educational project has been developed for pupils aged 12 to 18 attending schools located in flood risk areas and based on the ‘Behaviour to adopt in a flooded environment’ training course.

This ground-breaking and interactive course focuses on strengthening risk awareness, preparing participants for a rising water situation, and helping them identify related dangers. This year, 48 pupils from Amiral Bouvet senior secondary school as well as Jean Albany and Émile Hugot junior secondary schools were made aware of flood risks during three training sessions.

Pupils started by completing a PIROI-facilitated module that presented flood risks and helped them identify the behaviour to adopt for optimal protection. After this module, pupils were invited to further their understanding by researching the past history of floods in their local area. The, in order to apply what they had learned during the theoretical part, simulations then took place in fast-flowing water at a safe, specialised watersports centre, allowing pupils to discover the dynamics of water flows and confront scenarios that could well be encountered in real-life situations.

Afterwards the pupils put together a video about the educational project, including interviews and images filmed during training.

Video (in French) made by a class of 13 to 14-year-olds at Collège Jean Albany Junior Secondary School.

The CATMI training courses are implemented with the support of the Prefecture of Reunion and in collaboration with the DEAL’s hydrological watch unit, Météo France and the training organisation Educarisk.